No Smoking on Italian Beaches – fines up to 300 Euros

Listen to this article

If you are a smoker traveling to Italy, beware of hefty fines on the beach. No ifs, ands or butts!

Salty sanctions for smoking on the beaches. Fines of up to 300 euro (about $352) are already being issued and targeted at smokers who leave their cigarette butts behind. Cadacons (Coordinated Associations for Environmental Defense) is asking for further sanctions and legislation to ban smoking in public parks and on beaches.

In an interview in the Italian newspaper Il Giornale, a spokesperson from Codacons said, “Under certain conditions, the pollution generated by cigarettes smoked under umbrellas can exceed what is recorded in a high traffic area of cars. For the health of all those who go to the beach, it is necessary to intervene as soon as possible, safeguarding children, the elderly and all those who want to enjoy our beaches without ending up poisoned. We are asking the Minister of Health to send material explaining the new smoking prohibitions.”

In 2016, in Italy, a smoking ban in all public buildings, offices, and restaurants was passed (decreto legislativo n. 6/2016). Although smoking is not prohibited in public parks, beaches, outdoor dining areas, and other open spaces, some municipalities and establishments are setting their own rules. 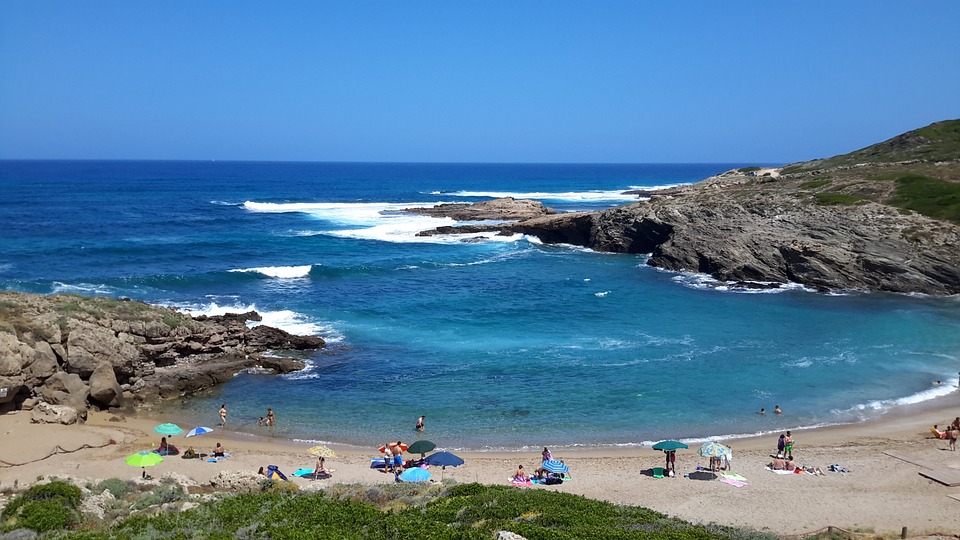 Local communities are banning cigarettes on the pristine beaches of Sardina

SkyTG24 news channel reported that the town of Stintino, in northern Sardinia have banned cigarettes as well as towels and use of soap in order to protect the precious beaches. Offenders risk fines from 25 to 3000 euros.

Cabras, in the province of Oristano, Sardinia, have also applied fines of up to 500 euros (about $586) to smokers without ashtrays.

The beach of Bibione in San Michele al Tagliamento, in the province of Venice, have implemented RespiriAmo il Mare “Breathe the sea”, a project founded in 2011 which promotes health and environmental protection.

E-cigarettes are not exempt and in many cases, they are considered smoking and are banned as well.

note: exchange rates and information refer to time of publishing on: Jul 16, 2018

About the Author: Celia Abernethy