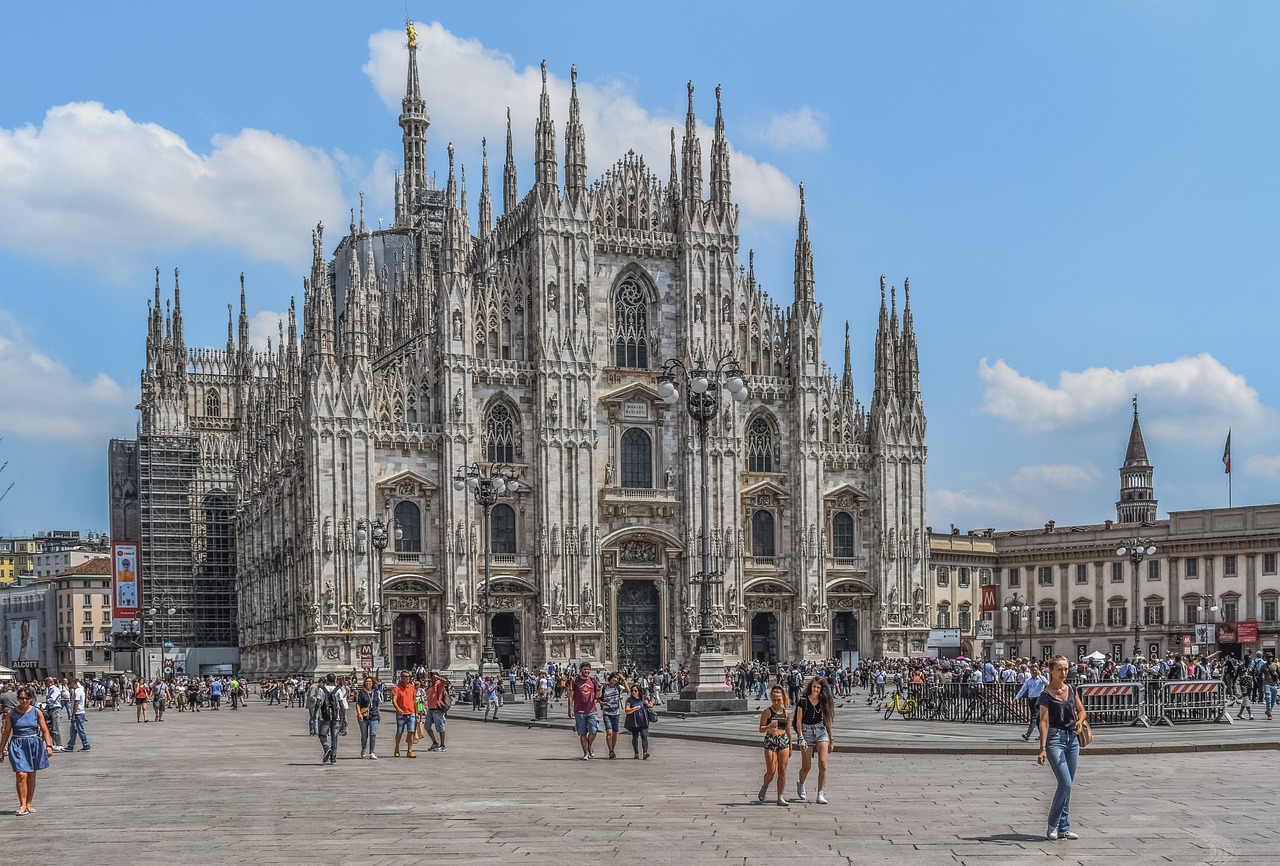 Located in the northern region of Lombardy, Milan is the second largest city in Italy. The urban, metropolitan population is estimated to be 4,336,121 not including the additional 4 million residents living in the outskirts and commuter areas. Milan is the business hub of Italy accessible by three airports and two major train stations. Milan is best known for fashion and style, not only offering luxury shopping but also world class design schools. Unbeknownst to many, Milan is a city of hidden romance found in the cobblestoned streets of Brera, the historical center and Naviglio, the enchanting canal district.

How To Get There

There are 3 airports servicing Milan; Malpensa, Linate and Orio al Serio in Bergamo. They are all easy to get to and from Milan city center by bus or train.

Orio al Serio Bergamo
About 60 KM from the city center. There are shuttle busses to Linate Airport and Central Station, or take the local bus to the Bergamo Station and the train to your final destination.

How To Get Around

Milan has an excellent public transportation system managed by Azienda Trasporti Milanesi (ATM). The subway has 4 metro lines throughout the city and reaches over 45 outer metropolitan areas. 18 orange trams rumble through the city center and 135 busses and trolleybuses circulate.

Tickets are available for purchase at metro stops, newsagents, tobacconists, or online with the ATM app.

Bike sharing is available through ATM app and car sharing with the Car2go or Enjoy apps.  Tourist Rickshaws are also available in the city center.

What to Eat & Drink

Every region in Italy has a specialty dish. Lombardy specialties are traditionally made with meat, rice or polenta. Milan in particular is known for Risotto Milanese (saffron rice) Cotoletta Milanese (veal cutlet), Ossobuco (braised veal shank) and Cassoeula (cabbage and pork stew).

Not far from Milan are the vineyards of Lombardy. Wines like Chiavennasca from Valtellina, Uberti Franciacorta from the province of Brescia or Brigantia from La Costa Winery in Montevecchia are well worth the trip.

The world-renowned Christmas cake Panettone was invented by a Milanese baker and the city center offers some of the most beautiful pasticerie (pastry shops) in Italy.

Milan has an eclectic mix of regional and international cuisine.

Book An Experience in Milan

New Day with New Adventure in Lake Como and Lugano